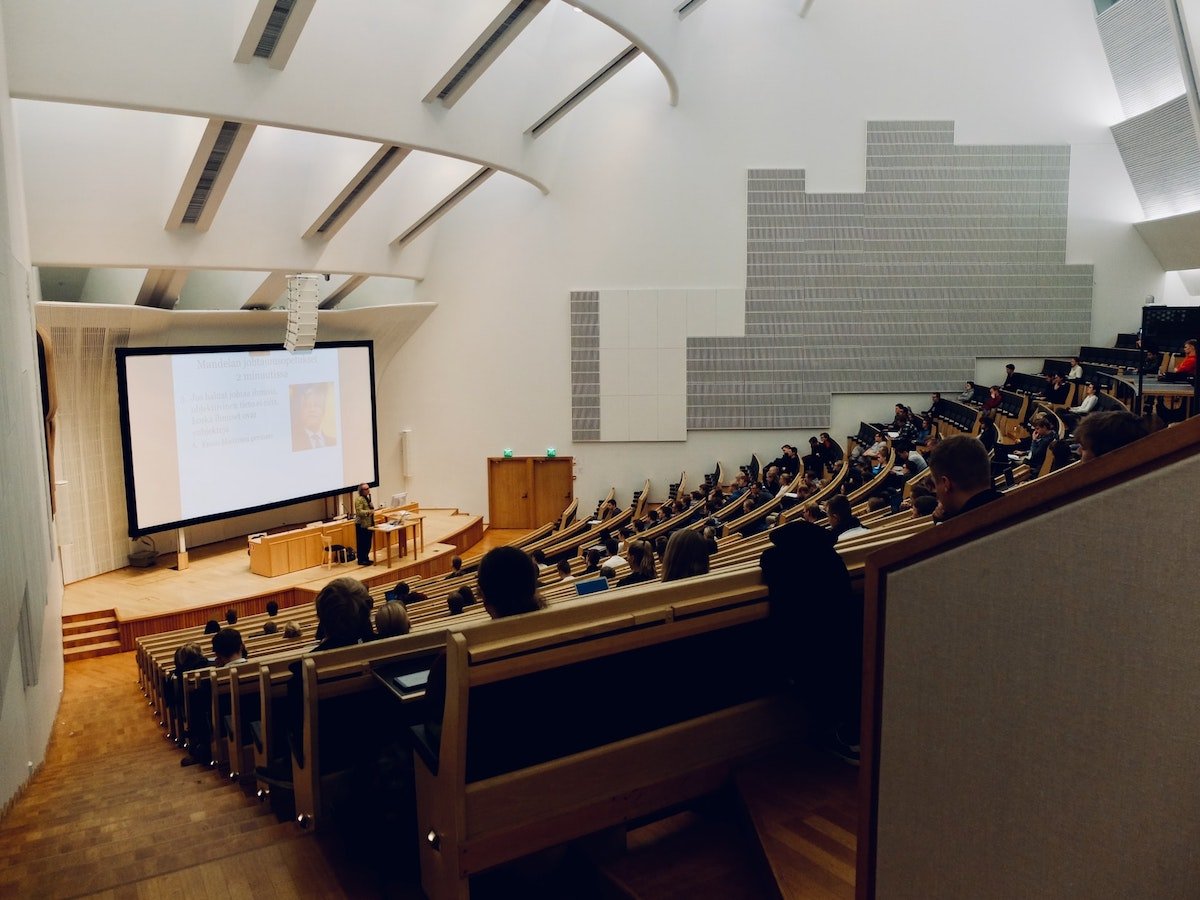 The what and why of CRO for higher education enrollment professionals.

According to the National Student Clearinghouse Research Center (NSCRC), undergraduate enrollment has dropped nearly 8% since 2019. Universities are feeling the pressure to compete for each and every enrolled student.

No department feels this pressure more than enrollment management. Thanks to shrinking budgets and declining applications a difficult job feel nearly impossible.

Being an enrollment professional means wearing a lot of hats.

The playbook for higher education enrollment professionals varies but includes everything from campus visits, digital recruiting campaigns, physical and print marketing, and that's just the tip of the iceberg.

The truth is enrollment might be the toughest job on campus. Unlike a university course, enrollment has to achieve a volume of applications to be considered passing. You can't afford to just coast with a C+ all the way to graduation day.

Although there's not much you can do about a national decrease in undergraduate enrollment, there is a lot you can control. In this article, we'll focus on a little-known marketing discipline with the potential to double your enrollment without doubling your budget. It's well tested and when deployed correctly the results will make you more popular than the starting quarterback.

What is conversion rate optimization?

Conversion rate optimization (CRO) is the practice of increasing the percentage of users—typically website visitors—who perform a desired action. For higher education enrollment managers this usually means filling out an interest form on an admissions page.

Interest in “Conversion Rate Optimization” since 2004

Don't feel bad if you haven't heard of CRO before. Even though product managers and scientists have been a/b testing for decades, it wasn't adopted by marketing teams until around 2010 when President Barack Obama's Director of Analytics published the results of a $60 million dollar experiment.

It would be an understatement to say that 2008 was a good year for Barack Obama. He went from a virtually unknown politician in 2007 to the most powerful face in politics and the first black U.S. president.

In 2007, Obama was new to the presidential race, trailing by double digits in the polls and struggling to raise money to keep things moving. With their backs against the wall, Obama and his campaign team couldn't afford to leave any donations on the table. The director of analytics recommended running an experiment to test different combinations of website images and donation buttons to find the most effective way to encourage sign-ups and contributions.

They started testing four different buttons and six different media on the primary landing page to find a winning combination. 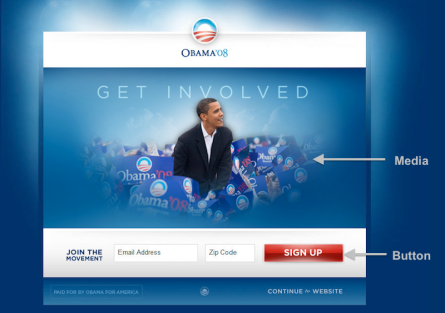 After running 24 unique combinations against each other to more than 300,000 website visitors, the team finally had the results of their experiment—a 40% increase in website signups.

If you're new to CRO, then it's possible to overlook the impact of such a simple test. The winning variant had an 11.6% signup rate, compared to 8.26% for the original landing page—a 40.6% difference in signup rate between the two pages.

A 40% difference in signup rate means that every day for the rest of Obama's campaign 40% more website visitors became subscribers. By the end of the campaign, more than 10M people signed up as supporters.

Without running this test, the total number of supporters would have been closer to 7.1M, a difference of 2.8M email addresses, according to Obama's director of analytics.

Obama's email campaigns asking for volunteers usually converted at around 10%. Meaning that this one test drove an increase of around 288,000 volunteers for Obama's campaign, but that's not all.

Each email address, on average, donated around $21 during his presidential race. This means the result of this test also boosted President Obama's total donations by more than $60M.

If this example seems out of reach for you and your team, that's okay. You don't need millions of dollars, or a presidential campaign team to get started with conversion rate optimization. All you really need is a landing page, website traffic, and a platform for running tests.

Halda works with universities of all shapes and sizes to set up and run CRO tests across high-intent website pages like the admissions page. Much like the Obama campaign website, we've learned that most university admissions pages are not well-optimized.

In one experiment, the University of Clemson doubled their enrollment just by changing their offer to prospective students and using smarter forms. All of this was accomplished without increasing their enrollment budget by a single dollar.

Getting additional students to your website is expensive and time-consuming, but capturing more conversions from existing demand is easy to set up and requires little investment in comparison. That's because prospective students visiting your admissions page already know your brand and are interested enough to be on your website.

Getting started with CRO may sound intimidating for you or your enrollment team, but it doesn't have to be. Start with a 30-day free trial of HALDA’s Smart Forms, and let the data show you how many leads your university has been missing out on by not experimenting with top-of-funnel admissions pages. HALDA’s CRO consultants can customize your Smart Form and set up your first experiment for free.

A better conversion rate on your university's website doesn't just make your job easier, it gives you an edge in an increasingly competitive market. Students have almost limitless options when it comes to higher education.

If they visit your website and never convert, there's a pretty good chance they won't come back. They may even end up visiting, contacting, and enrolling at a competing university. For better or worse, university enrollment is a zero-sum game. And conversion rate optimization is your competitive advantage.

Low enrollment got you down? Try our marketing plan for innovative Higher Ed Recruitment Pros.

The landscape has changed when it comes to marketing in higher education. Students and parents want...
Read More